The Recording King “Ray Whitley” 1027 model was the flagship of the Recording King line, initially introduced in early 1939 with x-bracing and rosewood back & sides. Later that year, model 1028 was introduced with mahogany back & sides and some simplified appointments like plain pearl dots on the fingerboard and a more simplistic bridge. According to the shipping ledgers, 180 “1027” models were shipped in 1939-40, and 232 mahogany “1028” models were shipped during that time as well. This guitar, in true Gibson fashion, bridges the gap between the two models with a mahogany back and rosewood sides. The rest of the guitar conforms to “1027” model specifications with the fancier fingerboard inlays, “batwing” bridge, pearl block & crown “Recording King” inlay, large embossed pickguard, and open-gear tuners. The guitar is crack-feee, with the only major repair being a small mahogany splice about the size of nickel on the back. It’s somewhat difficult to notice unless you’re looking for it, and the repair was very well done. The bridge appears to have been shaved down a very small amount at some point, but is indeed original. The top is a very old refin. The neck profile is a pronounced “V” (think early J-35) and is very comfortable to play. This is an excellent-sounding guitar...check out the demo video below! 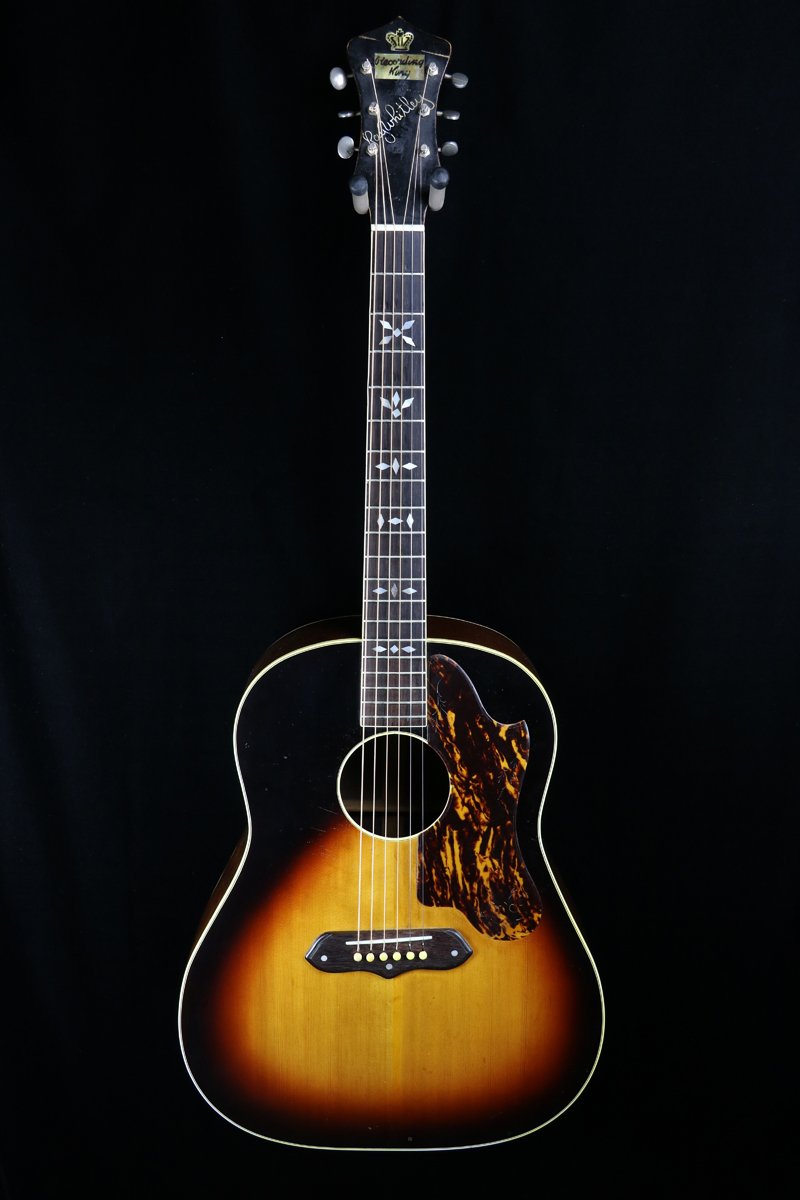 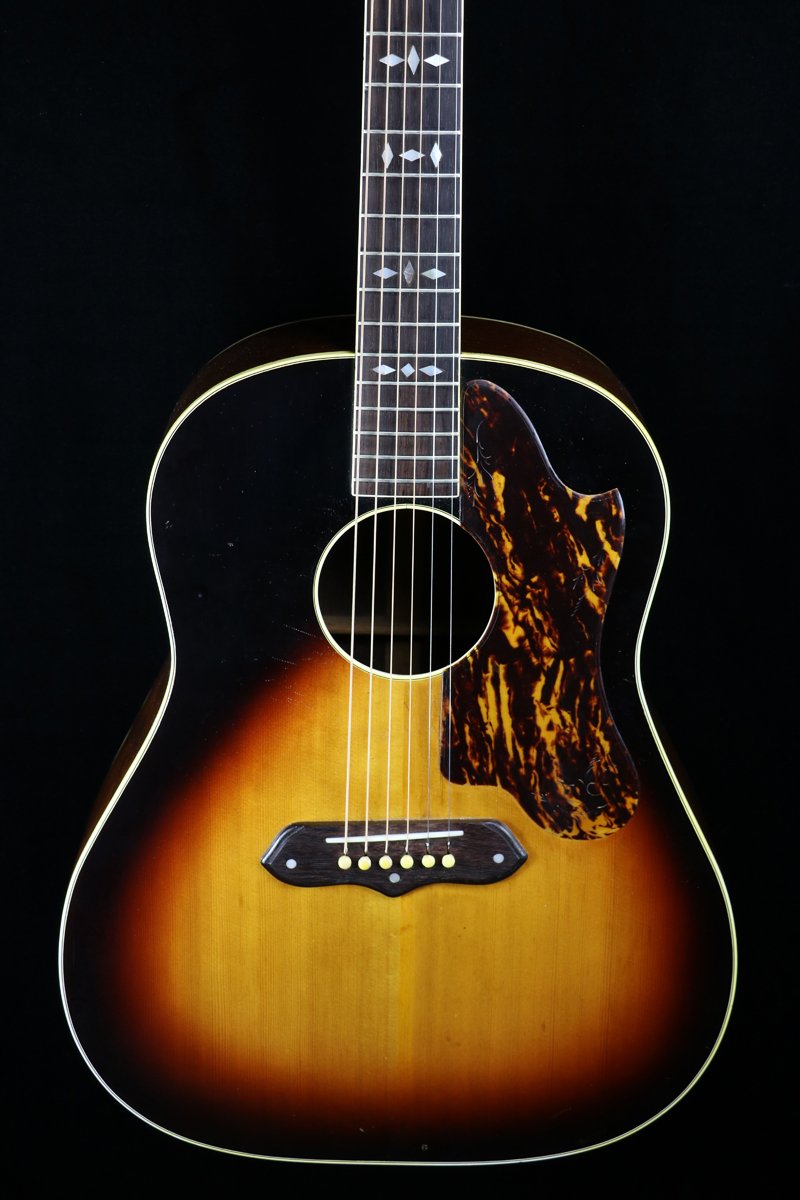 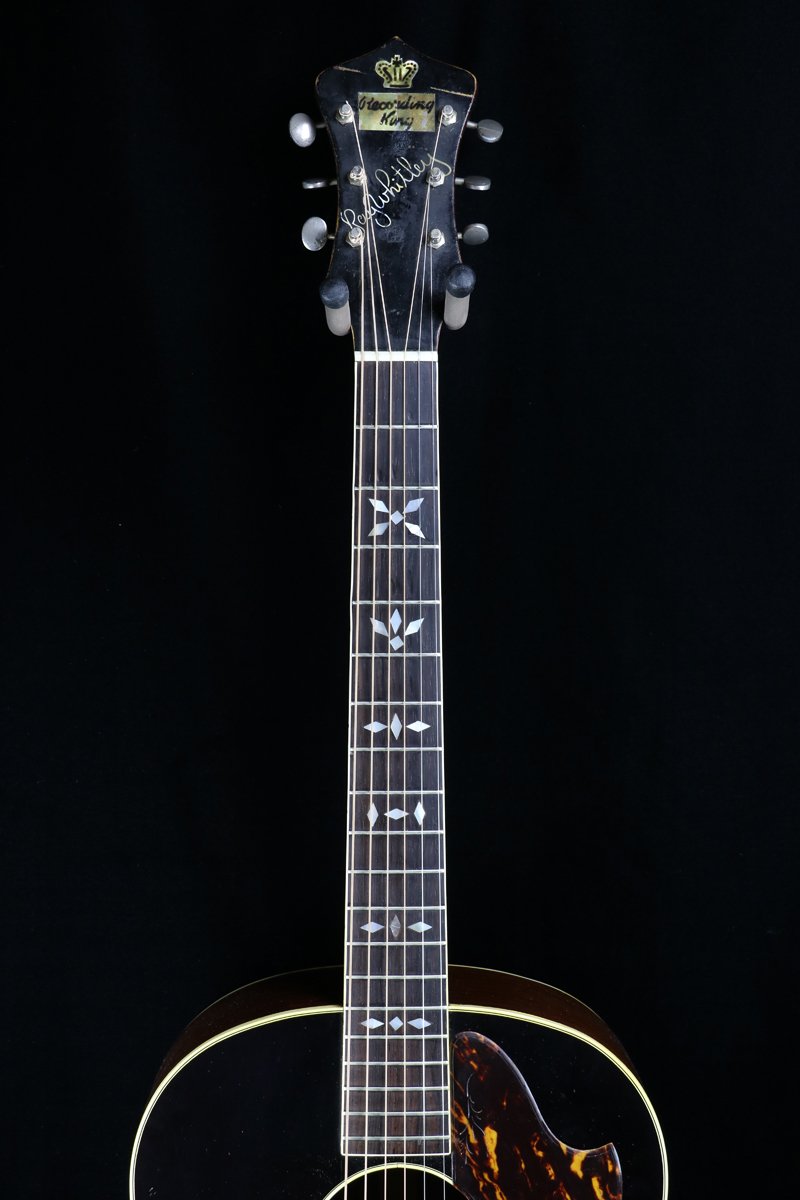 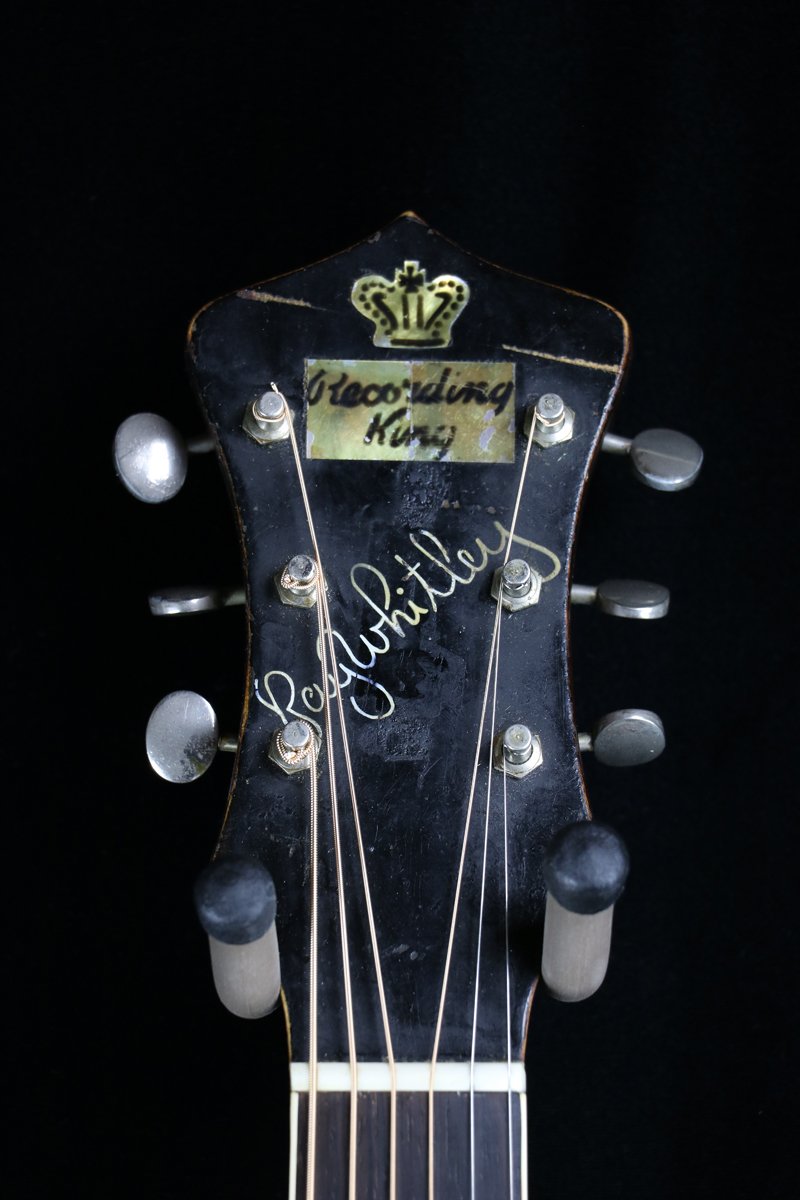 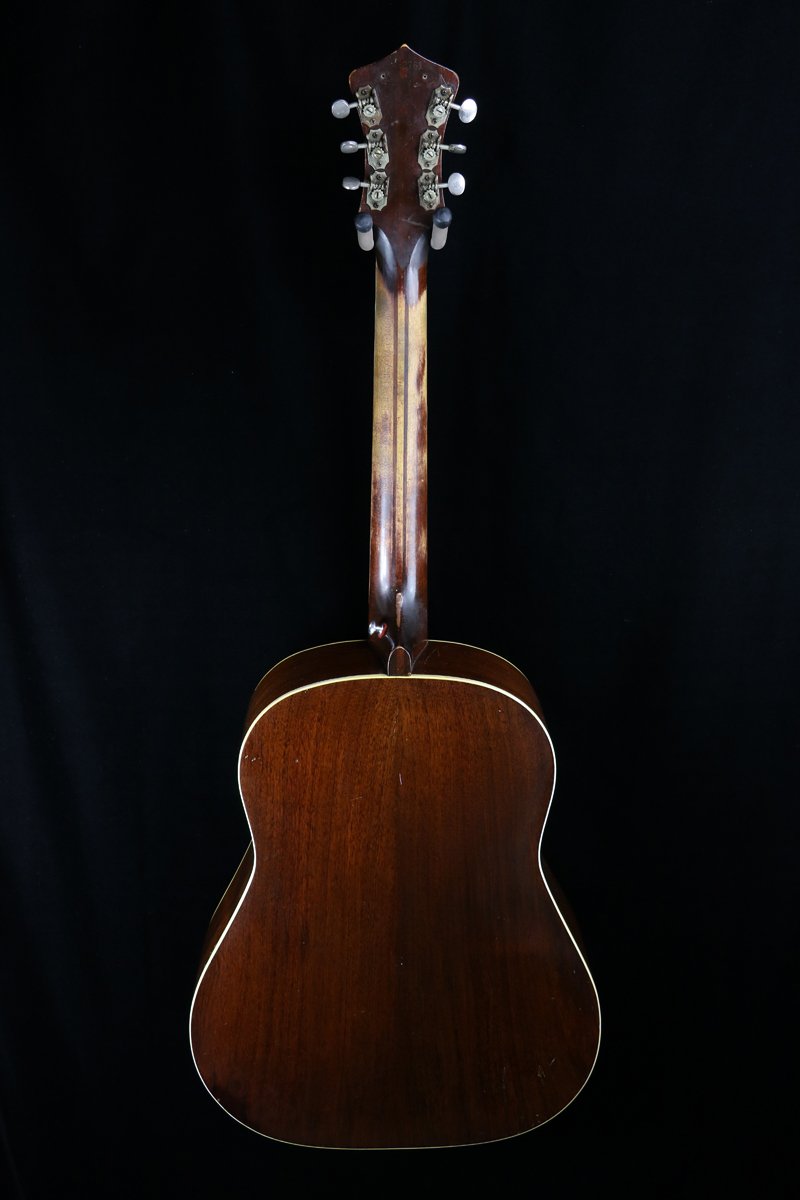 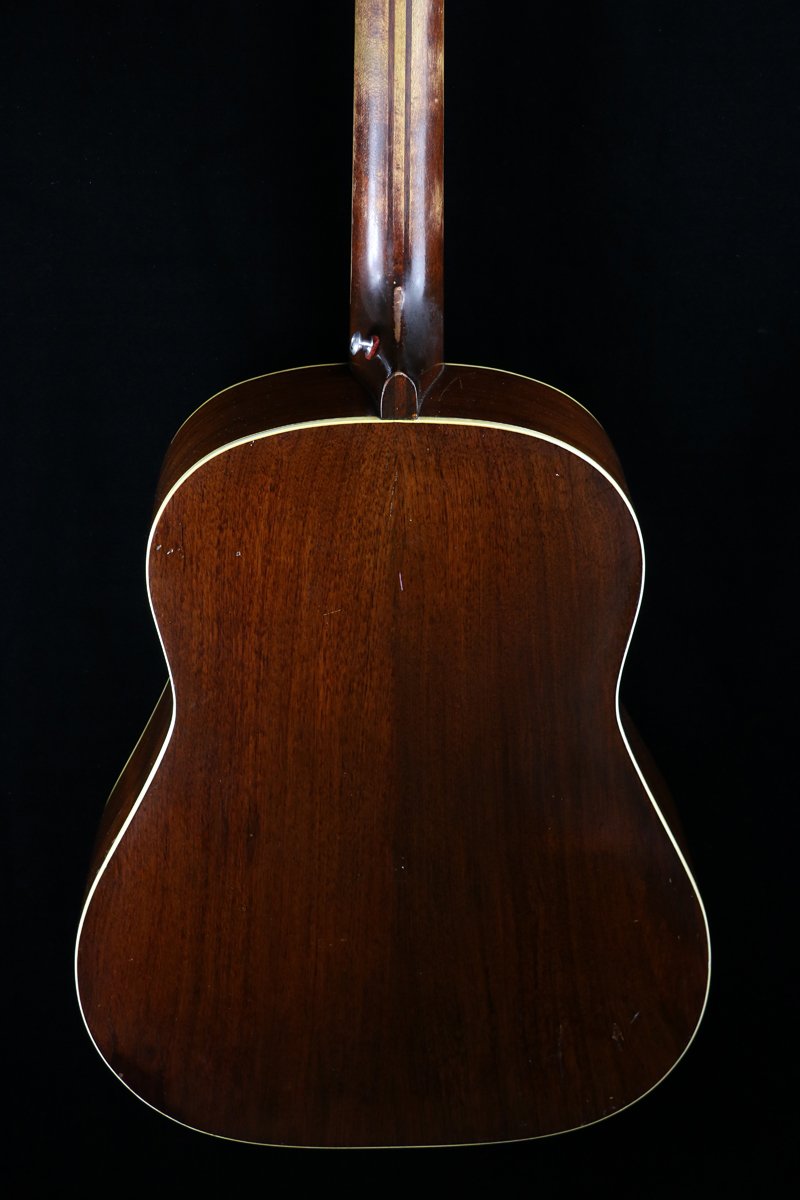 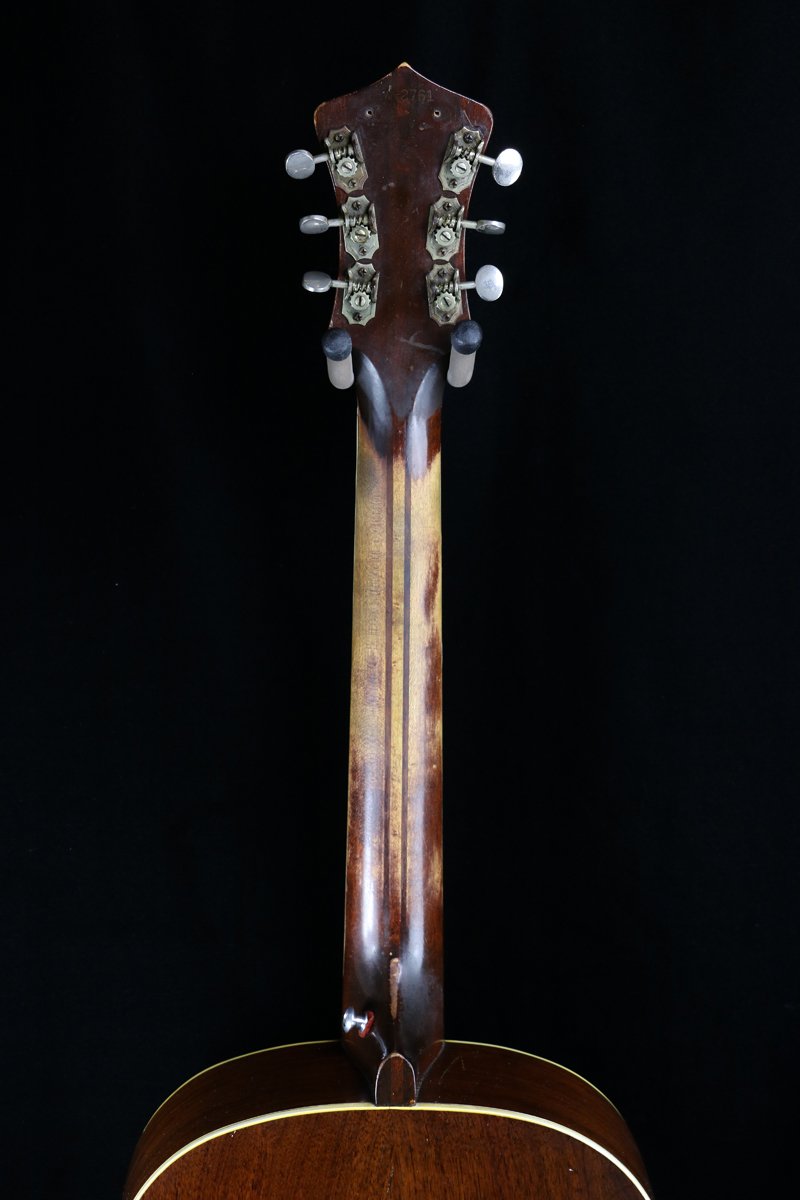 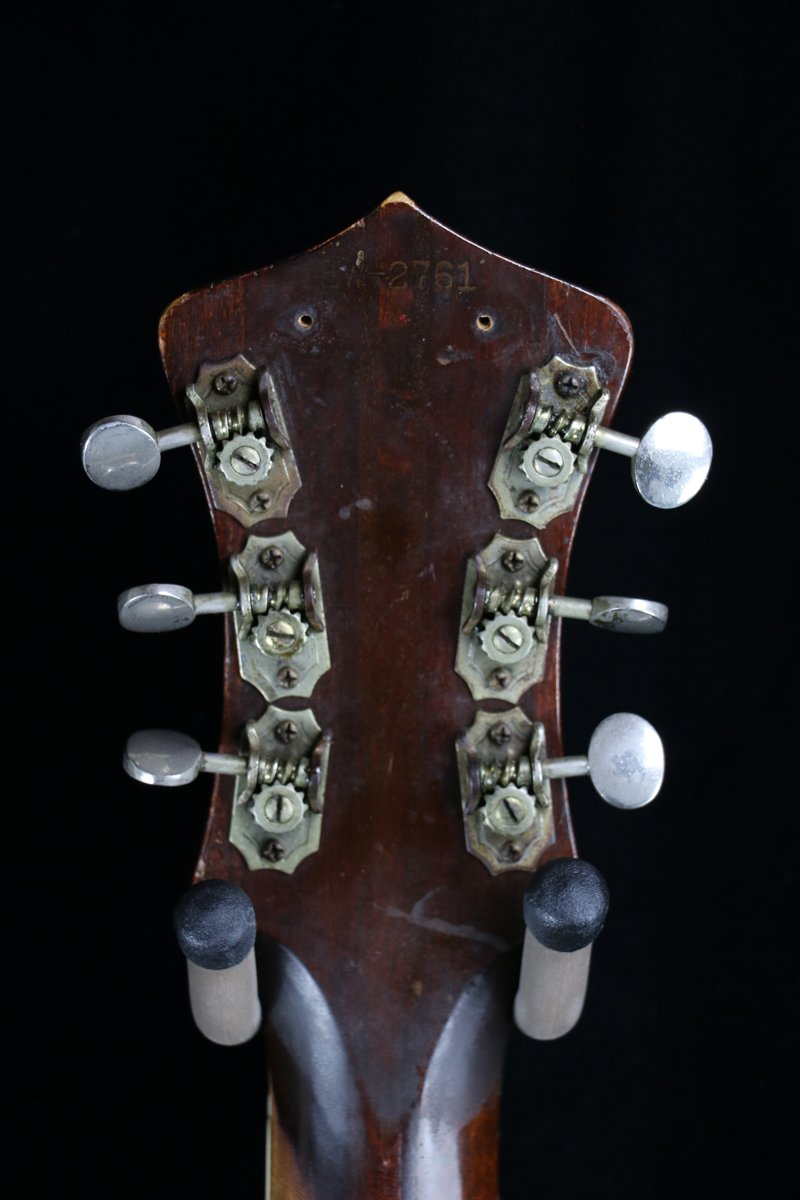 We will be away from the store until Tuesday, July 5th. All email inquiries will be replied to in the order they were received.

Have a great Fourth of July weekend!

Want to get notifications for a specific instrument?